Side Effects of Hormone Imbalance in Women - DFW Center for Fertility & IVF
Schedule an appointment with Dr. Beshay by calling (469) 854-0305

There are multiple health issues that can result from a woman’s hormones being imbalanced. Many of these issues have side effects that can affect a woman’s ability to have a baby. Here are a few conditions marked by hormonal imbalances and their impact on fertility: 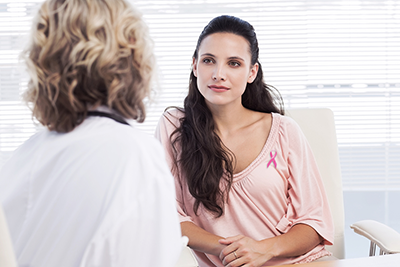 Polycystic ovarian syndrome (PCOS) occurs when a large number of cysts develop on the ovaries. Instead of the ovaries releasing an egg, the cysts present, and a hormonal balance occurs.

As the female hormones fall or increase inappropriately, menstruation often stops. Since the cysts of PCOS can prevent the release of an egg, pregnancy may not occur until the hormones become better balanced.

In addition to the female hormones associated with PCOS, insulin also seems to play a role in the condition. Often, women who suffer from PCOS are insulin-resistant, which means that large amounts of insulin must be released to keep their blood sugar within a normal range. Due to the abnormally large levels of insulin in the blood stream, hormone-sensitive reproductive organs may not function properly.

Menopause is also caused by changes in hormones. It typically starts around the age of 40, but in cases in which it is caused by a hormonal imbalance, it may begin much earlier. If menopause does occur before it should, it can cause infertility in women who would normally be able to bear children.

Menopause is marked by the slowing and eventual cessation of ovulation. If a woman is going through menopause, she may experience mood swings, unusual fatigue, hot flashes and irregular menstrual periods.

The thyroid is responsible for the production of several reproductive hormones. If the gland encounters problems, it can result in a hormonal imbalance that prevents ovulation from occurring. As a result, conception is prevented, because no egg is released for the sperm to fertilize.

To learn more about hormone imbalances and how they can impact a woman’s fertility, contact the DFW Center for Fertility and IVF at 469-854-0305 to schedule an appointment.