“To Freeze or not to Freeze”

When it comes to pregnancy, women are waiting later and later to have children in industrialized parts of the world. Unfortunately, there are a number of risks for women associated with having children later in life, including the possibility of dangerously high blood pressure or gestational diabetes. As a result, controversy has sprung up regarding a fertility preservation technique called “social freezing.” Social freezing involves removing healthy eggs from a woman and freezing them until the woman has decided that she wants to have children. The eggs are then thawed and fertilized. In a recent paper entitled, “Should Postponing Motherhood “Social Freezing” Be Legally Banned? An Ethical Analysis,” authors Stephanie Bernstein and Claudia Wiesemann, of the Department of Medical Ethics and History of Medicine, University Medical Center Goettingen, lay out both sides of the issue.

One of the most often cited arguments against social freezing is the possibility for toxicity as a result of the treatment. This toxicity can be found in cryoprotectants, chemicals used to protect the eggs during the freezing process. In addition, as mentioned, this process allows women to have children later in life, including after menopause, but carries with it the possibility of serious health risks to both the mother and the child. It is also argued that freezing the eggs would lead to aberrations and aging of the cells, meaning a possible increased potential for defects at birth. 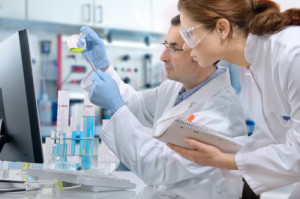 Proponents of social freezing claim that the toxicity in cryoprotectants is low and these chemicals have been used safely in a number of medical procedures involving slow freezing of living tissue. They also point to the benefits of allowing women have children in later years, including the ability to establish a career before having children. Relating to the changes in cell structure, those who are in favor of social freezing point to the fact that no evidence exists that shows that the process has aged cells or caused aberrations.

At the heart of the debate lies the issue of a woman’s autonomy in making medical choices. This same autonomy is at the heart of the debate over abortion, an
d it continues to raise questions across a wide range of issues. Proponents of social freezing feel that a woman has the right to take chances with her body if she feels that the outcome has the potential to be beneficial, while opponents of social freezing claim that they are trying to protect mothers and their children.

To learn more about social freezing or to receive information relating to the latest developments in fertility treatments, including in vitro fertilization and intrauterine insemination (artificial insemination), contact the DFW Center for Fertility & IVF.  At the DFW Center for Fertility & IVF, Dr. Beshay and his team of medical experts specialize in solving fertility concerns of people across the Allen, TX region and throughout Dallas.

To schedule your appointment with our reproductive medicine specialist, call 469-854-0305.