Causes of Sperm Abnormalities | DFW Center for Fertility
Schedule an appointment with Dr. Beshay by calling (469) 854-0305 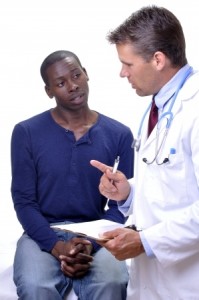 Sperm abnormalities play a significant role in fertility problems, and there are several different causes for this problem. Here are some of the medical, environmental and lifestyle factors that can contribute to the production of abnormal sperm.

There are several health issues that can lead to sperm abnormalities. One of the most common medical issues is known as a variocele, which occurs when the veins that drain the testicle swell. A variocele can result in fewer sperm, but it can be treated to increase both the number and functionality of sperm. There are some instances where a sexually transmitted infection, such as gonorrhea or chlamydia, can damage sperm health or interfere with production.

Too much exposure to certain environmental elements can result in sperm abnormalities as well. Radiation and X-rays can reduce the production of sperm, but this is typically a temporary issue. If the testicles are frequently overheated, such as in a hot tub or a sauna, there may also be a temporary lowering of sperm count. Anything that overheats the testicles on a regular basis can have somewhat of an effect on sperm production, but again, the effect is usually minimal and temporary.

The use of illegal drugs such as anabolic steroids can reduce the size of testicles and decrease sperm production, and excessive use of alcohol can also lead to lower sperm counts. Prolonged, severe stress can also affect sperm production as can smoking.

Thankfully, many conditions that result in sperm abnormalities can be successfully treated. If you would like to learn more or schedule an appointment, contact DFW Center for Fertility & IVF online or give us a call at 469-854-0305.